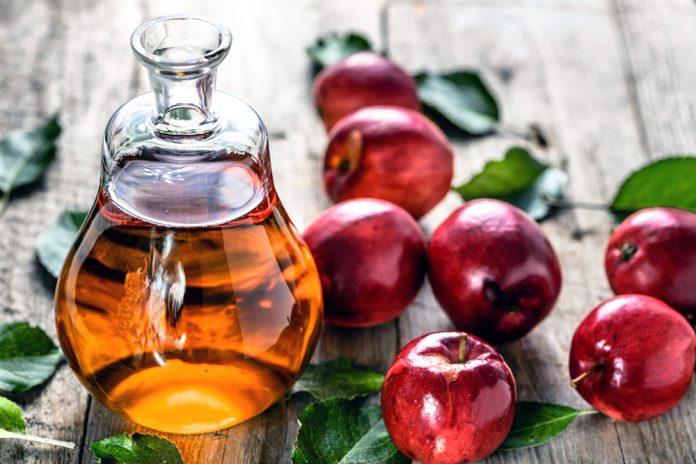 Apple cider vinegar is now a staple in the diets of many for all the science-backed benefits it allows our body to absorb. Boosting metabolism, helping deter obesity and heart afflictions, speeding up the fat burning process – are just some of its major therapeutic effects.

Then again, like many wellness trends that have risen and fallen, it isn’t a panacea for all of your issues. You should realize that overconsumption might direct more potential threats your way.

What are the side effects of drinking apple cider vinegar? Are they by chance doing more harm than what the home remedy does in aiding bodily functions? Let’s find out together!

Slow Down Your Digestion

Apple cider vinegar often raises the acid levels inside the stomach to accelerate the digestion speed. But some studies have proven the opposite for people with diabetes.

The food passes through their intestines and other relevant organs much slower. This one disrupts the absorption of nutrients into the bloodstreams in the long run.

You can understand this as a result of gastroparesis, an abnormality that occurs when one’s blood glucose level spikes. A part of their stomach faces a serious case of function degeneration, and food can’t leave it at a regular pace. Bloating is one of the direct consequences, followed by nausea and heartburn (stomach reflux).

As the name suggests, apple cider vinegar is sourced from apples, whose properties entail natural fibers (pectin) that double as gelling agents. Having it in the digestive tracts creates a fitting environment for the good bacteria to reproduce, but an excessive amount ends up loosening your stool. This translates to diarrhea as what comes out of you now holds higher water contents.

A constant problem with consuming acidic food or drink is damaged tooth enamel. Apple cider vinegar is no exception. It leaves less to be concerned about a sugar-packed refreshment so that you might drop your guard.

Vinegar’s pH level is measured to range between 2 – 3.8, which definitely leads to loss of enamel after weeks of relentless exposure to your teeth. The good thing is that the likelihood of this isn’t high. And you can reduce the intake to smaller doses as early prevention.

Evidence from various research has concluded that apple cider vinegar plays a role in promoting gut health. As a fermented liquid, it’s probiotic-rich by nature, which builds strength in your immune system for a well-functioning natural defense against bacteria… if you give it time to work.

Rushing the process by taking as much of this tangy drink as possible is counterproductive. The insides of a human are far too complex to achieve a healthy body in a short time. Rather, the sudden buildup of probiotics might leave no room to absorb other nutrients, which affects your immunity.

Another unwanted side effect of apple cider vinegar is the burning sensation it feels on the inside of your throat. It’s acidic, after all. A moderate amount at times is harmless for the most part. That said, don’t let it develop into overconsumption. The repeated touch of the vinegar against the throat’s sidewalls might lead to soreness.

What are the side effects of drinking apple cider vinegar? The above-mentioned sections have introduced you to some of the most common ones.

Keep in mind that the drink itself isn’t dangerous whatsoever. The trick is to take it in moderation and be aware of every sign of problems in your body afterward. You should be able to enjoy the rewarding sides of this remedial treat in full!

What Can Help Slow The Absorption Of Alcohol Into The Bloodstream?

How Many Spirulina Tablets Should I Take A Day? – Guidance For Your Diet

Why Do My Russian Tea Cakes Fall Apart? Here’s The Reason!

Does Apple Cider Vinegar Lighten Skin? Things You Should Know!

Can I Tan In a Tanning Bed With Wet Hair?

ABOUT US
Life is like a coin. You can spend it any way you wish, but you only spend it once.
FOLLOW US
© EatSmileBreathe.com - All rights reserved.
wpDiscuz